David and I had a three day weekend, which was SWEET! We spent it on the South Coast in Busan. This is the second largest city in South Korea, population 3.6 million.
We got the bus from Changnyeong on Friday night. We stayed in the Oncheonjang area for the first couple of nights. On Saturday we done a 14KM hike 'YES, THAT'S RIGHT 14KM!' We walked to Beomeosa Temple and along Geumjeong Fortress. It was extremely beautiful and incredibly hard but it was well worth it! 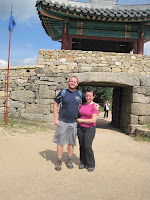 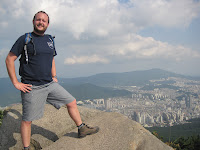 On Sunday we went to Haeundae Beach for a little sunbathe and a dip in the Ocean. It was too cold to swim so we just had a paddle. After this we went to the Nampo area and got another lovely love motel. Then we went to Jagalchi Fish Market and smelt all of the strange and wonderful smells! We also went to China Town and Texas Street. The American Navy were there, so this was an interesting sight. In the evening we went shopping at the late night markets and then went for dinner. We decided on saving the fish until next time and we had galbi instead. This was delicious! 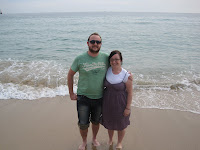 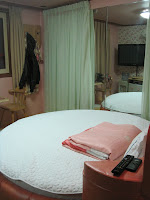 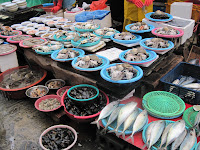 The next day, Monday we went up Busan Tower, it had a spectacular view as it was such a clear day. Then we went for a walk through the park and done some more shopping. After all of this our legs and feet were killing us so we decided it was time to head home! 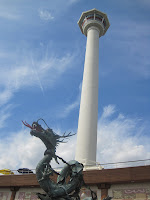 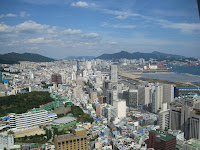